Cocky. Coy. Wolf shifter. Tabor is the hollow’s only half-breed, scorned and forbidden to use his powers. Constantly overlooked despite his strengths, Tabor believes Sasha is as shortsighted as the rest of the pack until she proves there’s more to her than a blindly obedient lapdog to the council.

Spirited, stubborn, and deeply loyal, Sasha feels the pressure from her pack to claim another pureblood, yet no one is brazen enough to defy the elders and toy with her . . . no one besides a sexy, hotheaded half-breed.

AN ATTRACTION THAT THREATENS THE FUTURE OF THE PACK

Bewildered by the deceptively proud and surprisingly sensual Sasha, Tabor would risk everything to claim her. Despite her vanishing bloodline, Sasha can’t resist the charismatic half-breed even as predators threaten their pack and the elders pressure her to breed with a pureblood. In a fantastical post-apocalyptic world, where only the strongest survive, sometimes trusting the heart is the bravest act of all.

I thoroughly enjoyed this book! At first, I wasn't sure what to expect because Nikki Jefford is a new author for me, but I love paranormal romance and the cover looked great, so I jumped in.

The opener had me thinking that maybe I'd read the blurb wrong because of the situations Sasha and Tabor were in. Of course, I read it two times after that to make sure, lol. Turns out, my impatience had gotten the best of me. Tabor was somewhat of an outcast due to the elder's fears and quite a bit of the pack not accepting him.  He's the only half-breed wolf/wizard and his entire life has been filled with ridicule and bullying. I loved his character though.  I liked that he let Sasha be the leader. I liked that he recognized his weaknesses, but at the same time accepted his strengths. He was such a sweet man, even though his life had been more struggle than anything.

I hated that Sasha felt the weight of obligation so heavily. She held the impossible mantle of leadership amongst men who would have her be more of a puppet than anything else. Even when she felt as though everyone had cast her aside as no more than a breeder and cared nothing about her happiness and wants, she still remained loyal to her pack. Just when she finally decided to go for what she wanted and be happy her past came back to threaten everything she held dear.

I hate that there was so much manipulation and underhandedness among the pack leaders, only out to get what they wanted, but it made for a very entertaining read. The emotion within the pages and the depth of the characters was amazing. The plot was extremely well-paced and kept me intrigued throughout the entire book. If I had to say one thing I didn't like, it was the distinction between the different types of wolves. I would've liked more background on the differences among them, but it didn't detract from the book at all.

Hopefully, there's more to come from Wolf Hollow (Wolfrik? Elsie?) and I look forward to more from his author.

Nikki Jefford is a third-generation Alaskan now living in the Pacific Northwest with her French husband and their Westie, Cosmo. When she’s not reading or writing, she enjoys nature, hiking, and motorcycling. Nikki is the author of the Wolf Hollow Shifters series, Aurora Sky: Vampire Hunter, and the Spellbound Trilogy. 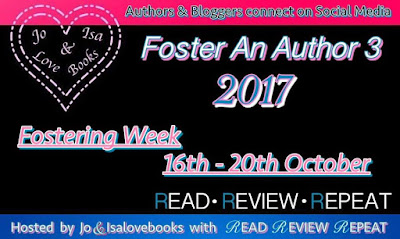 On the final day of the Foster An Author 3 event, I'd like to thank Francesca Vance and everyone at Jo & Isa Loves Books.

I love discovering new authors and this one will be mine from here on out, but I'm willing to share!

I discovered this author though a program that matches blogger with readers and I was so happy because I love paranormal romance and this author does a great job of giving that.

I haven't read too many reaper novels, so this was a great little gift for me. I enjoyed Cole's character. He had that whole mysterious, sexy vibe and WINGS people. When he was presented with his biggest dilemma, all I wanted to do was hug him and help him. How could you possible reap the soul of the person you care so much about?? I loved his strength. I loved his Scottish back ground, I could just picture his voice when he spoke in the language of his home. I also loved Ava! Her character was a perfect blend of feisty and shy, but completely lovable.

I enjoyed the descriptions in this book, a great feat because sometimes authors go overboard and drown their work in descriptions and blot out the actual story itself. The book opened with Cole reaping five souls and the description of the first four was hauntingly beautiful. This was also great because it was a novella, so it was more substance than fluff.

I'm looking forward to more from this author and would recommend her to others. 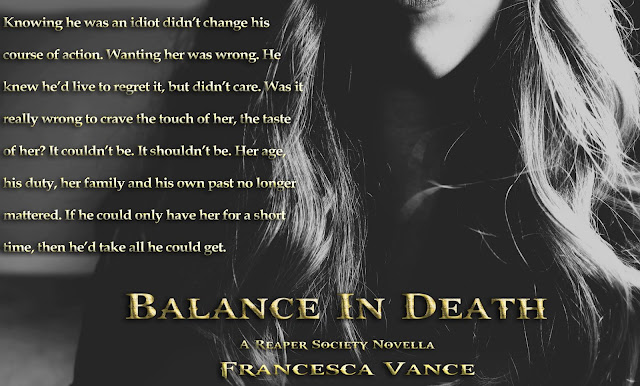 Random Release & Review . . . Shades of Her by Ozlo & Priya Grey

Will He Ever Love Me, When All He Sees Is Her?
Jackson
I had everything a man could want. Money. Status. And above all: Love. But when my wife is taken from me, my life begins to fall apart. But now she’s back. Back from the dead. I can relive our most passionate and tender moments together. I’m losing myself in her once again. But then I discover the truth about my wife. And everything I remember turns out to be a lie.
Rebecca
All I have to do is dye my hair, wear someone else’s cloths and follow a script. What harm can come from stepping into someone else’s shoes in exchange for a hundred grand? Did I mention the deal includes sex with the hottest, most acclaimed painter of our time? It’s a no brainer, right? Especially since I’m in desperate need of cash, so I can help my parents get back on their feet after losing everything in the hurricane. I fully commit to the part he’s hired me to play. I never expect to uncover her secrets. And I never imagined I’d fall in love. 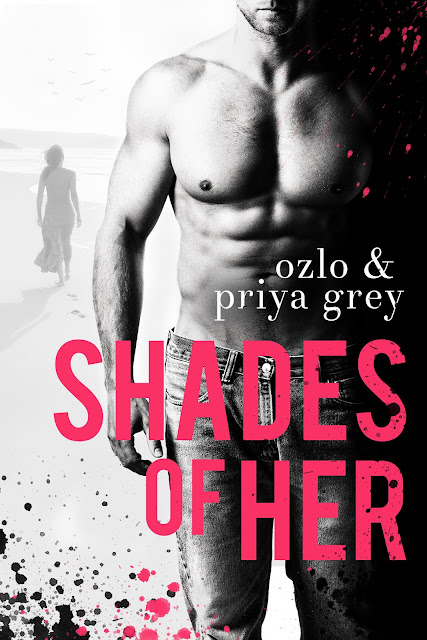 *I received and ARC and reviewed voluntarily.**This is one of those books that are really hard to write a review for. Some scenes were amazing and then others were very hard to read in the fact that they just didn't appeal to the side of me that liked to be entertained as a reader.I found it sort of sweet, albeit unhealthy, that Jackson loved his wife so much. His love for her was truly unconditional, even in death and he went to drastic measures to preserve that. Rebecca was a lovely woman who wanted to help herself financially as well as helping someone overcome the pain of loss, even though she didn't wholeheartedly agree with the methods.I think the worst part of the book for me was the sex scenes. They were supposed to be erotic and made for adults, yet there were lines like 'I pushed my manhood into her...' that left me cringing - not sexy at all. I also couldn't get past role playing a dead person, total turn off.The best part of the book for me was the ending. The secrets and the epiphanies were very entertaining.This was my first read by this duo and although it wasn't mind-blowing to me, I liked it enough that I would read more from them. 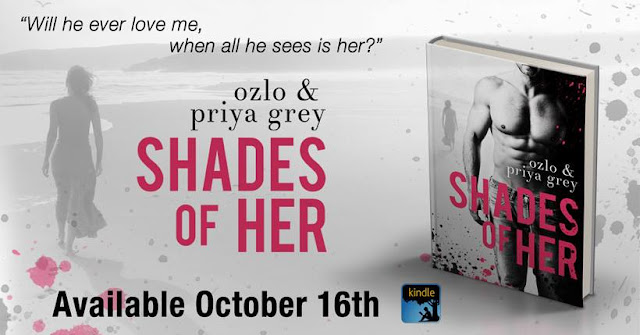 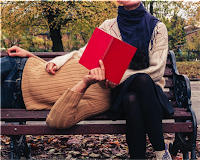 Ozlo and Priya Grey are a husband and wife writing team. Their time is consumed with writing, re-writing, editing, and tinkering with Photoshop and WordPress.

When they step away from their desks, they enjoy long walks on the beaches of Southern California.

Posted by Randomly Me & You Book Blog at 6:50 AM No comments: